Turmeric, a shrub related to ginger, is grown throughout India, other parts of Asia, and Africa. Known for its warm, bitter taste and golden color, turmeric is commonly used in fabric dyes and foods such as curry powders, mustards, and cheeses. 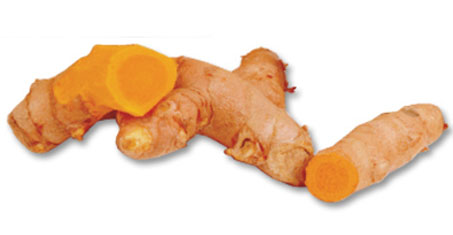 Turmeric is an ancient spice, a native of South East Asia, used from antiquity as dye and a condiment. It is widely cultivated in India. It is still used in rituals of the Hindu religion, and as a dye for holy robes, being natural, unsynthesized and cheap.

A tropical perennial related to ginger (of the Zingiberaceae family) It grows to 60 – 100 cm (2-3 1/2 feet). It has long stemmed, bright green lily-like leaves which surround conical clusters of pale yellow flowers. Turmeric thrives in the tropics and sub tropics where it requires a hot, moist climate and a fairly light soil. It is propagated through division of the rhizome. The roots are boiled, dried for over a week and their rough skins are often polished before sale.

Turmeric is the rhizome or underground stem of a ginger-like plant. It is usually available ground, as a bright yellow, fine powder. The whole turmeric is a tuberous rhizome, with a rough, segmented skin. The rhizome is yellowish-brown with a dull orange interior that looks bright yellow when powdered. The main rhizome measures 2.5 – 7 cm (1” – 3 “) in length with a diameter of 2.5 cm (1”), with smaller tubers branching off. 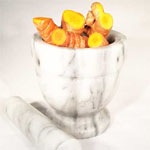 Turmeric is the spice that gives curry its yellow color. It has been used in India for thousands of years as a spice and medicinal herb. Turmeric has been used for many thousands of years in Chinese and Indian Ayurvedic medicine for conditions including heartburn, diarrhoea, stomach bloating, colds, fibromyalgia and depression. Followers of Chinese and Ayurvedic medicine also sometimes apply turmeric to the skin for ringworm and infected wounds as it's said to have anti-bacterial properties.

1 - Helps to Prevent Cancer - It has been shown to help with a number of different cancers, stopping the spread throughout the body and the growth of the tumor in question.

2 - Eases Arthritis Symptoms - To use turmeric for arthritis you’ll want to ingest it, as it doesn’t work as a topical treatment, but rather from the inside to help soothe inflammation and bring the body back to its more natural state.

3 - Soothes Upset Stomach - Turmeric has long been used as a quick and effective cure for an upset stomach. Because turmeric acts as an anti-inflammatory, it helps to keep stomach acid from getting out of control, and has been shown to soothe heartburn as well as general stomach upset.

4 - Helps the Heart Stay Healthy - Turmeric can help in several ways, including preventing strokes and heart attacks. Turmeric helps to break up the cholesterol that’s responsible for blocking your arteries, and this alone makes it worth using on a regular basis.

5 - Natural Fat Burner - One of the more widely known benefits of turmeric is its ability to help the body burn fat. That’s why it’s being recommended more and more as a dietary aid when trying to lose weight. Turmeric can help to boost the body’s metabolism, helping to break down fat even when you’re sleeping.

6 - Helps in Preventing Alzheimer’s - Research has shown that debilitating conditions such as Alzheimer’s can be prevented, and treated, with turmeric. Curcumin can block the formation of the beta-amyloid plaques that get in the way of brain function in Alzheimer's disease.

7 - Treats Depression - Curcumin, the antioxidant that makes turmeric so fascinating as a spice, has been shown to work very similar to an antidepressant.

8 - Helps the Skin - Turmeric can help the skin in many ways, from reducing redness to fighting the signs of aging. These skin treatments involve using turmeric powder topically rather than ingesting it.

9 - Helps with Diabetes - Turmeric has made a lot of news for its ability to help prevent and manage diabetes. It has a positive effect on blood glucose levels, helping to get them lower or keep them low. There is clinical evidence for the effectiveness of turmeric on blood sugar levels, so this is one natural remedy that you can feel good about using in conjunction with your other preventive or management efforts.

10 - Works as an Antiseptic - Turmeric has been used for centuries as a way to clean wounds and kill off microbes that would otherwise cause an infection.

India is the major producer of turmeric, and it is also the major user of its own production. Other producers in Asia include Pakistan, Bangladesh, Sri Lanka, Taiwan, China, Burma(Myanmar), and Indonesia. Turmeric is also produced in the Caribbean and Latin America: Jamaica, Haiti, Costa Rica, Peru, and Brazil.

Asian countries usually consume a large share of their own produce and India stands at the top in this case also. The major importing countries of turmeric are Japan, Sri Lanka, Iran, United Arab Emirates, United States, United Kingdom, Ethiopia.

Recipe for Beverages with Turmeric 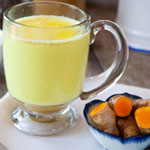 A: In a saucepan add all ingredients (except honey, if using) and whisk to combine. B: Heat over medium heat until it starts to bubble C: Then turn heat down to low and simmer for about 5 minutes so the flavors meld D: Strain out the ginger E: Add honey and stir F: Makes 2 servings

Recipe for Cooking with Turmeric 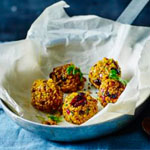 A: Cook the bulgur wheat for a little longer than the packet instructions say, so it’s very puffy (about 20 minutes). Rinse under cold water to remove the starch and leave to drain until cool enough to handle. B: Preheat the oven to 180C/160C Fan/Gas 4. C: Mix all the ingredients, except the oil, for the bulgur wheat balls together. Squeeze the mixture using your hands so it sticks together. Shape the mixture into golf-ball sized balls or patties, don't worry about making them into perfect balls. Place in the fridge for 30 minutes. D: Heat a large frying pan and add the oil, once hot add the balls and fry or 3-4 minutes. Finish them in the oven for 5-10 minutes if you like.

Recipe for Dessert with Turmeric 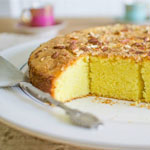 A: Preheat oven to 350 degrees F (175 degrees C). Grease a 9 inch round baking pan. B: In a small bowl, mix semolina, flour, turmeric and baking powder. Set aside. C: In a large bowl, stir milk and sugar until sugar is dissolved. Add flour mixture and oil and beat with an electric beater at medium speed for 5 minutes. This step is essential, do not use any shortcuts. D: Pour into a prepared 9 inch round pan. Sprinkle top with pine nuts. Bake at 350 degrees F (175 degrees C) for 25 to 35 minutes, or until wooden pick inserted in center comes out dry.